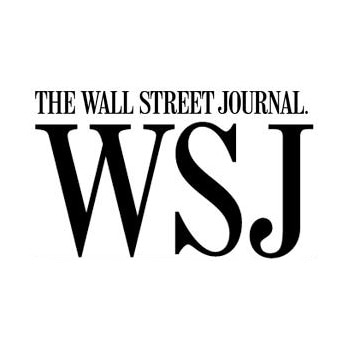 Susan Vranica of the Wall Street Journal recently wrote a column ‘Best of Ads, Worst of Ads for 2007.’ Here’s a quick recap of some of her rankings:

Content: A part of a cross-promotion with News Corp.‘s Twentieth Century Fox, 7-Eleven converted 12 of its stores into Kwik-E-Marts, the fictional chain of convenience stores in the animated TV series. The stores even sold specially created items such as Squishees, the fictional frozen beverage similar to 7-Eleven’s Slurpees; pink-frosted Sprinklicious doughnuts (a Homer favorite) and boxes of KrustyO’s cereal.

Feedback: The movie has grossed more than $180 million domestically. The 7-Eleven chain, a unit of Japan’s Seven & I Holdings Co., saw major sales lifts at the 11 U.S. stores that were converted for the month of the promotion. The company says total merchandise sales doubled; fresh bakery sales increased sevenfold and customer count went up almost 50%. Moreover, 7-Eleven says the promotion garnered about $7 million in free publicity. The 7-Eleven Web site on July 11 received 10,420,730 hits. The site typically gets an average of about 400,000 hits a day.

Content: The online video, which cost less than $150,000 to create, takes aim at the definition of beauty. The spot shows an average-looking woman being transformed into a billboard supermodel with the help of lots of makeup, lighting and airbrushing. “No wonder our perception of beauty is distorted,” reads the screen.

Feedback: One of the best examples of a company using the Web for advertising. The ad, which was posted on YouTube last year, has been viewed more than 24 million times on the video-sharing site, and it has had about 4.6 million views at www.campaignforrealbeauty.com. Moreover, ordinary people have created their own films spoofing the ad.

Content: A Super Bowl ad starring Kevin Federline, Britney Spears’s ex-husband and wannabe rapper, working in a fast-food chain. The spot, which looks like a rap video, shows Mr. Federline, wearing a baseball cap and wireless headset rapping. As the camera pulls back, Mr. Federline is seen working the drive-through window. “Life comes at you fast. Be ready with a Nationwide annuity and you could be guaranteed income for life,” a voiceover says.

Feedback: Big-game ads are typically about glitzy ads oozing with special effects, but this spot became a PR sensation because of its use of an in-the-news celebrity. The clever ad move dominated a week’s worth of pre-game media coverage from segments on “Entertainment Tonight” to “Good Morning America.” The spot generated 3,584 news stories, which the company, a unit of Nationwide Financial Services Inc., estimates to be worth $23.3 million in free publicity.

The Worst
They Built It, No One Came
Client: Anheuser-Busch Cos.

Feedback: The King of Beers has long been the king of advertising with its funny TV and radio ads, but the brewer, like many advertisers, is struggling to find a way to translate that to the Web where beer-drinking young men are spending more of their time. The company sunk about $15 million into creating the site, but it flopped anyway. Despite revamping the site in May to make it edgier, Anheuser-Busch has failed to lure a significant amount of traffic. The number of visitors to the site was so low it didn’t meet Web-tracking firm comScore Inc.’s threshold for measurability of visitors for most of the year. “Though Bud.tv hasn’t drawn the kind of traffic we hoped for, it recorded more than one million video views, and the average visitor spent more than seven minutes on the site,” Keith Levy, the company’s vice president for brand management said in a statement.

Content: A quirky Super Bowl commercial showed a despondent robot jumping off a bridge in a dream sequence after it made a mistake on a Detroit assembly line.

Feedback: The spot drew fire from a suicide-prevention group, and the carmaker was forced to re-edit the spot to remove the suicide scene. In addition, some consumers complained that they felt the ad was insensitive to auto workers who had lost their jobs as a result of automation. GM declined to comment.

Content: The ad showed two mechanics eating the same candy bar at the same time — in what was a bizarre spin on the famous scene from “Lady and the Tramp,” where two dogs simultaneously eat a strand of spaghetti. After the men reach the middle of the candy bar and lock lips, they rip out clumps of their chest hair in a desperate attempt to “do something manly.”

Feedback: Mars pulled the ad after the Gay & Lesbian Alliance Against Defamation condemned the ad as antigay. “Feedback from our target consumers was positive, and many media commentators ranked the commercial among their top 10 best,” said Alice Nathanson, a spokeswoman for Mars. “We know that humor is highly subjective and understand that some people may have found the ad offensive. That was never our intent.”