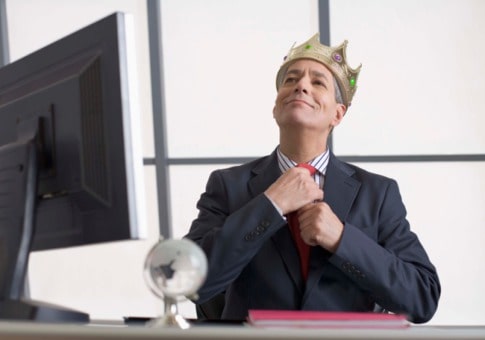 Solutions to help you grow…

A colleague recently described a co-worker who continually displays arrogant behavior despite having “average at best” talent, intelligence, productivity, and personality. I began to wonder if this unwarranted arrogance was actually worse than insecure arrogance when new ideas are ignored because of a person’s lack of self-esteem and inability to listen to different views, which I wrote about in a past column.

Any form of arrogance is inappropriate and can stifle productivity. However, we all interpret a situation or behavior differently, creating a fine line between arrogance and self-confidence. And, everyone has acted in a way they wish they hadn’t at one time or another. That might be why we are often forgiving of some arrogant behavior from a person who produces at a high level or has exceptional natural abilities.

But unwarranted arrogance is a whole other story.

Who does he think he is?

He’s not even able to (insert level of proficiency)?

He is so full of himself. He primps around as if he’s (insert name of celebrity or professional athlete)?

When you believe a co-worker is displaying unwarranted arrogance, consider confronting the person after they have behaved inappropriately towards another team member. Explain how you interpreted the behavior and let them know you are trying to help them and the team.

Many people quickly realize they were perceived in a negative light and work to change their behavior. Even if they are not completely successful in altering their approach, they are aware of the perception and should be able to limit the behavior to some degree.

Others won’t get it. You did the right thing by making them aware of how they are perceived. If the behavior persists, you might want to bring it up to the person again and provide some specifics on how it is impacting the team.

If all else fails, ask your team leader if they have noticed the behavior and how they think the situation could be improved. Offer potential solutions and hope that the leader doesn’t display Insecure Arrogance.