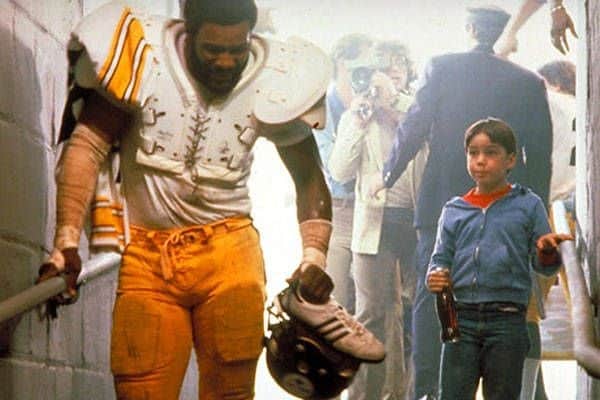 It’ s almost here. The big day for football and television advertising—Super Bowl Sunday. This year the Super Bowl is turning the big 5-0. The NFL is so excited about the milestone that the league decided to move away from the tradition of using roman numerals. It’s simply Super Bowl 50.

Fifty years of pre game hype, half time events, exciting and boring games and high profile commercials that have become as much a part of the event as the football.

As the league looks back on the past 50 games, it’s a great time to also reflect on the history of Super Bowl ads. Since the commercials cost so much ($5 million for thirty seconds this year), advertisers and their creative teams obsess over how to produce a winner. The most successful ones excel in three key areas: Memorability, Making an Emotional Impact, and Selling One Big Idea. With that criteria in mind, here’s my All Time Top 10 Super Bowl Ads:

10. Pepsi : Your Cheatin’ Heart (1996). With the Hank Williams song playing in the background, the Coke Delivery guy tries to sneak a Pepsi—and all the Pepsi cans fall out of the cooler. Busted!

9. Monster.com: When I Grow Up (1999). When we’re young, we have big dreams—then reality hits. This spot combines the two with kids saying things they wouldn’ t hope for (“When I grow up, I want to be a Yes Man!”) but that unfortunately happen far too often.

6. ETrade: Trading Baby (2008). Babies sell, plain and simple. Babies talking stocks even made fans of the losing team chuckle, for a minute.

3. Apple: 1984 (1984). Many advertising aficionados rank 1984 number one overall. It’s considered a watershed event because of the introduction of the Mac computer and an advertising masterpiece. Plus, it’s been parodied so many times it has to be known and remembered by the masses.

2. Budweiser: Respect (2002). This ad acknowledged 9/11 in a heartfelt, classy manner and only needed to be aired once, ever.

1. Coca Cola: Mean Joe Greene (1979). Hey, I’m an unabashed “homer” and proud of it. Did you really think I was going to pick a Super Bowl Ad that didn’t have anything to do with the Steelers?