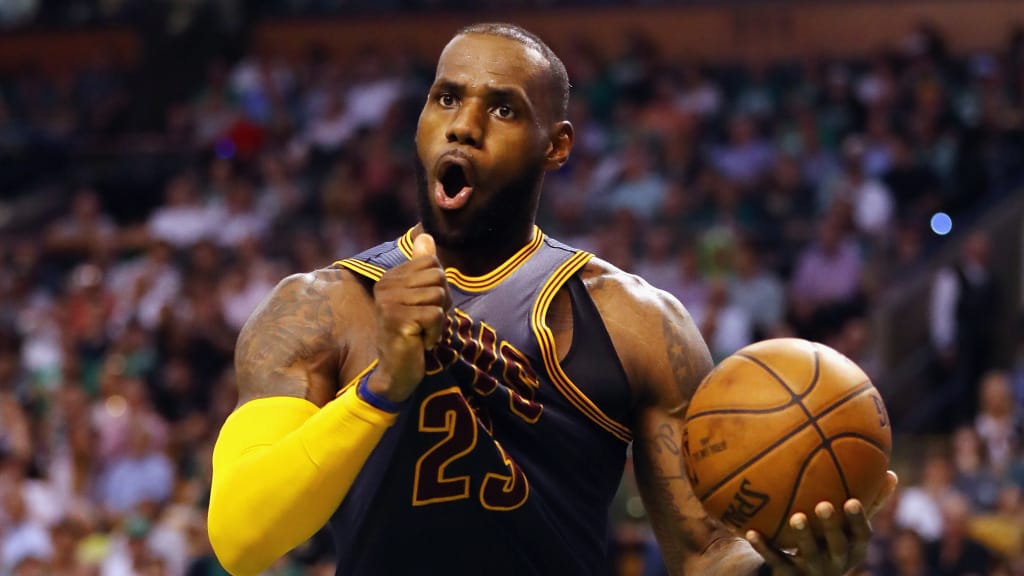 If you watch the NBA Finals this month, take a long, hard look at the uniforms because it might be the last time the jerseys look like this.

I’m not talking about the players’ names or uniform colors.

It might not be long before we’re seeing Lebron James dunk with a BK logo on the front of his Miami Heat jersey.

NBA owners are considering selling ad space on uniforms. Multiple options are under consideration including replacing the team name with that of a corporate advertiser, showcasing the advertiser’s name beneath the player’s number and a company logo on a strap of the jersey.

The NBA has yet to make a final decision on featuring ads on jerseys. If the organization does, it will be the first of the four major North American sports leagues–the NBA, Major League Baseball, The National Football League and the National Hockey League–to do so.

Whether fans like it or not, uniform advertising could be here soon because it offers a huge opportunity to increase revenue. When’s the last time money was not a factor in professional sports?

Other sports like auto racing, golf and soccer have featured advertising on uniforms or clothing for years. Stadium and arena naming rights are common for professional sports teams and are now even seen at the high school level. Advertising continues to grow as a part of our culture, a symbol of value for a product or person featured.

If a company sponsors an event or puts its name on a stadium, they receive instant credibility. Companies will see an opportunity to build their brands through all those eyeballs looking at their logos on players’ uniforms.

The question might not be if it’s going to happen but when and in which sport. The general public’s initial reaction will probably be negative. But it won’t be long until it is accepted as part of what I call the ongoing “Marketization of Sports.”

Despite having leveraged sports marketing to build brands throughout my career, I don’t want to see (or buy) advertising on uniforms. Sports are, like the Cotton ads say, part of the fabric of our lives. Tradition should account for something. I want teams to be from cities, not fast food restaurants.