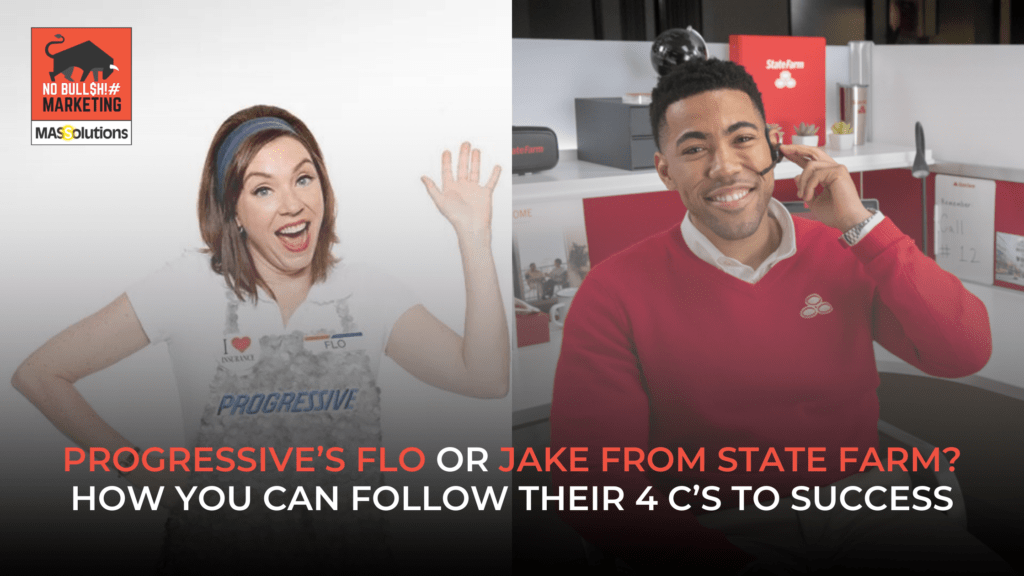 It has been years since Progressive’s Flo or Jake from State Farm made their commercial debut, yet we still can’t get enough of them.  Both have been Halloween favorites for years, and almost everyone from Gen Z to Baby Boomers can recognize their iconic image. Beyond that, they have made the advertising of a dull product into something fun and memorable.

Jake is played by Jake Stone who was an actual State Farm agent before landing the role in the company’s ad campaign beginning in 2011. Stone has become a cult icon and was even the victim of a celebrity death hoax on the internet.

Both Jake and Flo have helped their respective companies increase brand awareness by following these 4 C’s to brand success:

Following the 4 C’s to successful marketing appears to be an easy task, yet rarely do we see brands achieve it so successfully. A decade has past since these two became an icon in American pop culture. As a marketer, one should ask themselves:

For more chances to choose between two marketing and messaging classics like Progressive’s Flo or Jake from State Farm, check out the Hit the Bulls Eye segment on the No BS Marketing Show.

About MASSolutions | Branding Company in Pittsburgh

MASSolutions provides no bullshit marketing insight and solutions for business owners and beyond. They’ve been a top marketing agency in Pittsburgh for years because of this mentality.

Listen to our Podcast here.