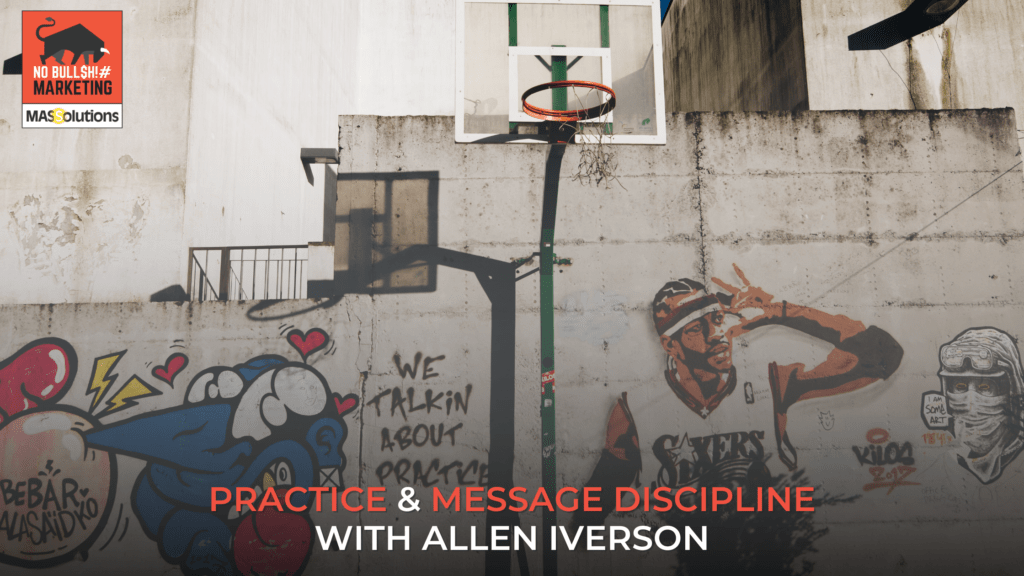 Allen Iverson was elected to the Basketball Hall of Fame in October of 2016. He was certainly deserving. A great player and an amazing competitor. Yet, most people remember him more for his infamous rant during the 2002 NBA Playoffs:

It’s a great example of how important practice is. But I’m referencing how important practice is with respect to messaging, speaking, presenting. When he went off about practice in 2002, Allen Iverson wasn’t complaining about practice. Since his messaging was undisciplined and done when he was in an emotional state due to the recent murder of a friend, he came away sounding like a spoiled, whining star. The truth is, Iverson was making the point that instead of talking about how him being late for or missing a practice, we should put things into perspective. He wanted people to know that while he gave his all—his heart, soul, body to the team—he wishes he could’ve done more. He wanted people to know that he worked hard in practice, something his coach acknowledged.

Instead, many people will think, “Practice. We talkin’ bout practice” when they hear Iverson’s name. It makes the case for message discipline, understanding your target audiences, preparing your message pillars and delivering them from the heart. Yes, that might sound contradictory, but it’s not. We all need to speak genuinely and with a passion to make the most impact with our message. But to do so takes practice…prepared speech but not a memorized one. An outline of what you want to cover but delivered with passion and your own style.

Iverson seemed to do just that in his Hall of Fame acceptance speech in 2016. It was moving and memorable. You could tell he did one thing a lot before the ceremony. Practice.

The Message Matters More Than the Channel