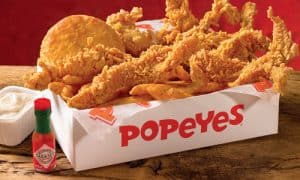 In 2007, Cheryl Bachelder became Popeye’s Restaurants fourth CEO in 7 years. Before she officially started as CEO, Bachelder attended a franchisee meeting and quickly saw a lack of trust among franchisees towards management.

She knew nothing would change until corporate leadership could demonstrate value to franchisees because the company needed to leverage their capital and expertise to turn Popeye’s around.

Bachelder boldly made franchisees corporate leadership’s primary customer. She conducted the first ever franchisee satisfaction survey and learned Restaurant Level Profitability is the metric that matters most to franchisees but corporate wasn’t even measuring it. She changed that and began basing corporate success on franchisee success.

The transformational moment came when she presented the new strategic plan to franchisees which included a percentage increase in franchisee fees to be used for a national branding campaign.

Franchisees said they’d agree to the higher percentage if the company would agree to invest $6 million more to increase the length of the advertising campaign.

Bachelder agreed to their request despite the fact that it would lower earnings and hurt Popeye’s image on Wall Street.

It turned out to be the right call because national advertising was the first critical step in Popeye’s turnaround.