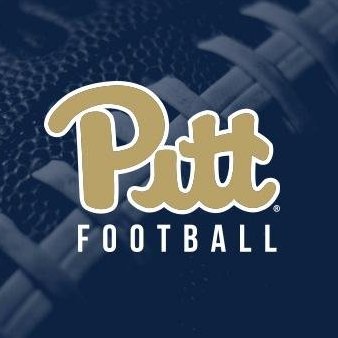 The University of Pittsburgh football coaching mess has featured plenty of PR missteps.

On December 7th, Athletic Director Steve Pederson announced that head football coach Dave Wannstedt was gone and the search for a new leader would begin. Officially, Wannstedt resigned and had a brief emotional press conference to say goodbye with a number of his players standing behind him.

After a quick search process, Pederson announced the hiring of Mike Haywood, most recently head coach at Miami of Ohio, on December 16th.

Haywood was arrested December 31st in South Bend, Indiana on domestic violence charges.  Pitt officials seemed to have no choice but to fire the new coach and did so on January 1st.

From a PR perspective, the whole situation has been a nightmare for Pitt.

With coaching (or senior level executive) changes, there is often room for debate on the decision.  However, the process followed by Pederson was what really led to bad PR and negative word of mouth.

His comments immediately after the move about Wannstedt were of limited to no value, unnecessary and came across as somewhat insecure and petty.

Then, Pederson and Chancellor Mark Nordenberg left the decision to coach the bowl game up to Wannstedt.  This is simply unwise on many levels.  Leadership requires making tough yet compassionate decisions.  It makes sense for Pederson to have offered Wannstedt the chance to coach the team in the bowl game.  But he should have asked for his decision immediately and the announcement–either way–should have been made at the initial press conference.

Instead, the ambiguity of who would be coaching the next game gave Wannstedt the opportunity to manipulate the situation to his liking which he did.

After Haywood’s dismissal, Wannstedt decided to have a press conference, standing in front of the university’s corporate logo, during which he announced that he would not be coaching the game because he did not want to be a distraction and wanted to keep the focus on the players.  Right.  Keep the focus away from yourself by calling a press conference to say you won’t be coaching the game to keep the focus off of yourself.  It’s almost comical and both Wannstedt and the university look bad from a perception standpoint.

Wannstedt is free to do whatever he chooses with respect to coaching the near-meaningless bowl game (ironically the only story tied to the game is the coaching saga!).  However, the university was not required to allow him to have what appears to be an official press conference as part of the university.  The university’s image and brand are owned and must be managed by the university.

Back to Pederson…Pitt’s A.D. also did not interview Penn State Assistant Coach and de facto head coach during the arduous (right…) search process of 8 days despite a recommendation from the Rooney’s, owners of the Steelers who serve as Pitt’s landlord for the football program.

Again, an unwise move from a PR perspective.  Why not interview someone who is qualified and has a track record of success recruiting in Pitt’s primary target areas?

Joe Paterno, one of the best at PR for about forty years even though he and his supporters try to rationalize that he’s not a promoter and not like all those other coaches (right…), is the only one who made a bold PR statement.  JoePa’s endorsement of Bradley gives him the chance to say he’s supporting one of his coaches while also possibly removing a potential successor and threat to his son Jay.

Joe amazingly keeps on keepin’ on while Pitt fans have to wonder what’s next for Pederson, Nordenberg and the whole football program.