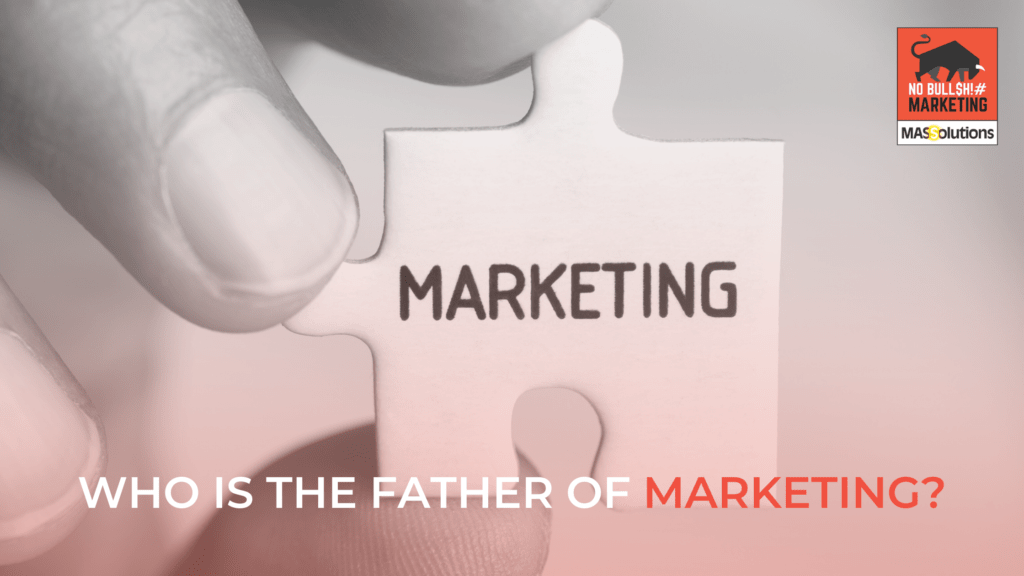 Chuck Berry, who died in 2017, was often referred to as the “Father of Rock ‘n Roll.” As a big basketball guy, I know that James Naismith is considered the “Father of Basketball.” He invented the game.

In first grade, most of us are taught that George Washington is the “Father of our Country.” Those who have studied management and leadership and moved into management positions know that Peter Drucker is considered the “Father of Modern Management.”

Who is the “Father of Marketing?”

When I was a college student and life was much easier, even though I might not have realized it back then, I walked into one particular class on marketing.

I purchased what I thought was an expensive textbook. I noted the cool marketing design on the cover graced by the name of Phillip Kotler.

“Who is this Kotler?”

Of course, in the pre-Internet age, I couldn’t simply Google Philip Kotler’s name to learn about him. Instead, I read the bio on the book’s sleeve. I soaked up the information the instructor provided in the classroom.

Phillip Kotler’s principles delved into consumer behavior, why people think a certain way and how you must listen to the customer and adapt your product. It was compelling. The more I learned about Philip Kotler, the more I liked the class, which ultimately impacted me and the path I followed.

Consumer behavior. Marketing management. Strategic planning. Leadership. Management. Organizational Behavior. Psychology. All the things about what makes people tick all tied back to the marketing principles Philip Kotler wrote about.

Kotler “literally” wrote the book on marketing. He published the first true book on the principles of marketing and later on marketing management.

He pushed for marketing to become a discipline back in the 1960s. Kotler believed marketing was an essential part of economics and saw that demand was influenced not only by price but also by advertising, promotions, sales forces, direct mail, middlemen and distribution channels.

He saw how important this was and pushed for marketing to become its own major at universities and as part of MBA programs.

One of his first phrases holds that “the organization’s marketing task is to determine the needs, wants and interests of target markets and to achieve the desired results more effectively and efficiently than competitors in a way that preserves or enhances the consumer’s or society’s well-being.”

Kotler’s principles set the foundation for the approach to marketing I implement at my own Pittsburgh Marketing Agency, MASSolutions:

It’s easy to say marketing has evolved, but the principles of marketing are the same. There’s a lot of bullshit piled on top of a once simple concept defined by Philip Kotler. I’ve brought that to my No Bullshit marketing podcast, where I cut through the “noise” of marketing and get back to the roots, because

Listen to our Podcast here.

Connect with us on LinkedIn here.