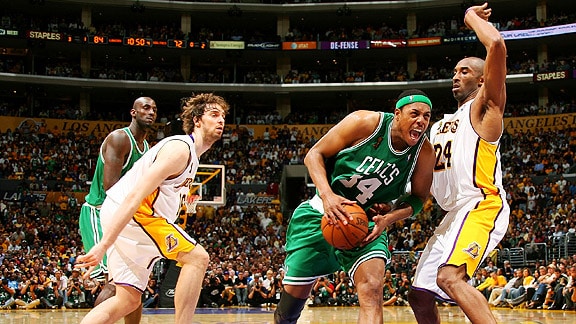 The Los Angeles Lakers beat the Boston Celtics last night to take a 2 games to 1 lead in the best of seven NBA Finals. Since you can easily find more than enough sports analysis on the game, I’ll break down the marketing lessons to take from it: