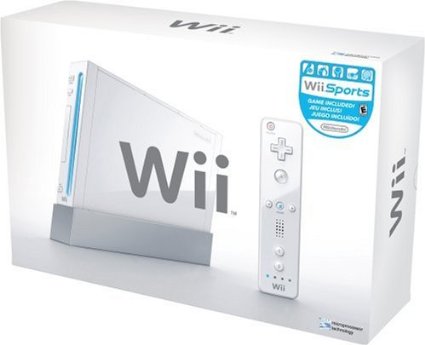 Remember last year’s Wii craze at Christmas time when you couldn’t find the game console anywhere? Demand for the product far outweighed supply, even through March of this year.

It seems finding a Wii this holiday season is not much easier, with some customers complaining they have been searching for one for several months and lines of shoppers continually appearing at stores selling Wii consoles.

Is Nintendo utilizing scarcity of product as an intentional marketing tactic to continually create buzz and demand long-term for Wii?

I doubt the company is purposely creating persistent shortages. While Nintendo’s strategy has often included a focus on cash flow and keeping inventory as low as possible, the company also stated earlier this year that it would ramp up manufacturing to meet holiday demand. In addition, Nintendo has always been solid from a marketing and PR strategy standpoint, with the Wii product being a prime example.

The wireless console was unique from both a product offering perspective and in targeting an expanded audience. The company sought to reach a wider target demographic with the interactive console and achieved the goal by winning an older fanbase than their competition, the Xbox 360 and Sony’s PlayStation 3.

Advertising for the Wii has also focused on a wider target audience of new gamers with slogans like “Wii would like to play” and “Experience a New Way to Play.” Even the name emphasized the console was for everyone by sounding like “we.” As Nintendo’s VP of Corporate Affairs, Perrin Kaplan stated, “We wanted something short, to the point, and easy to pronounce and distinctive. That’s how ‘Wii,’ as a console name, was created.”

While intentionally keeping supply lower than demand makes for an intriguing story, Nintendo claims the reason for the shortage is simple. The company didn’t anticipate the level of demand for the Wii this holiday season.

Reggie Fils-Aime, the president of Nintendo’s U.S. division, has said, “It really is a missed opportunity if we’re not able to satisfy that demand, which is why we’re working so hard with retailers.”

I guess for those of us who ‘would like to play,’ the answer is simple…”We” can wait in line or wait until next year.