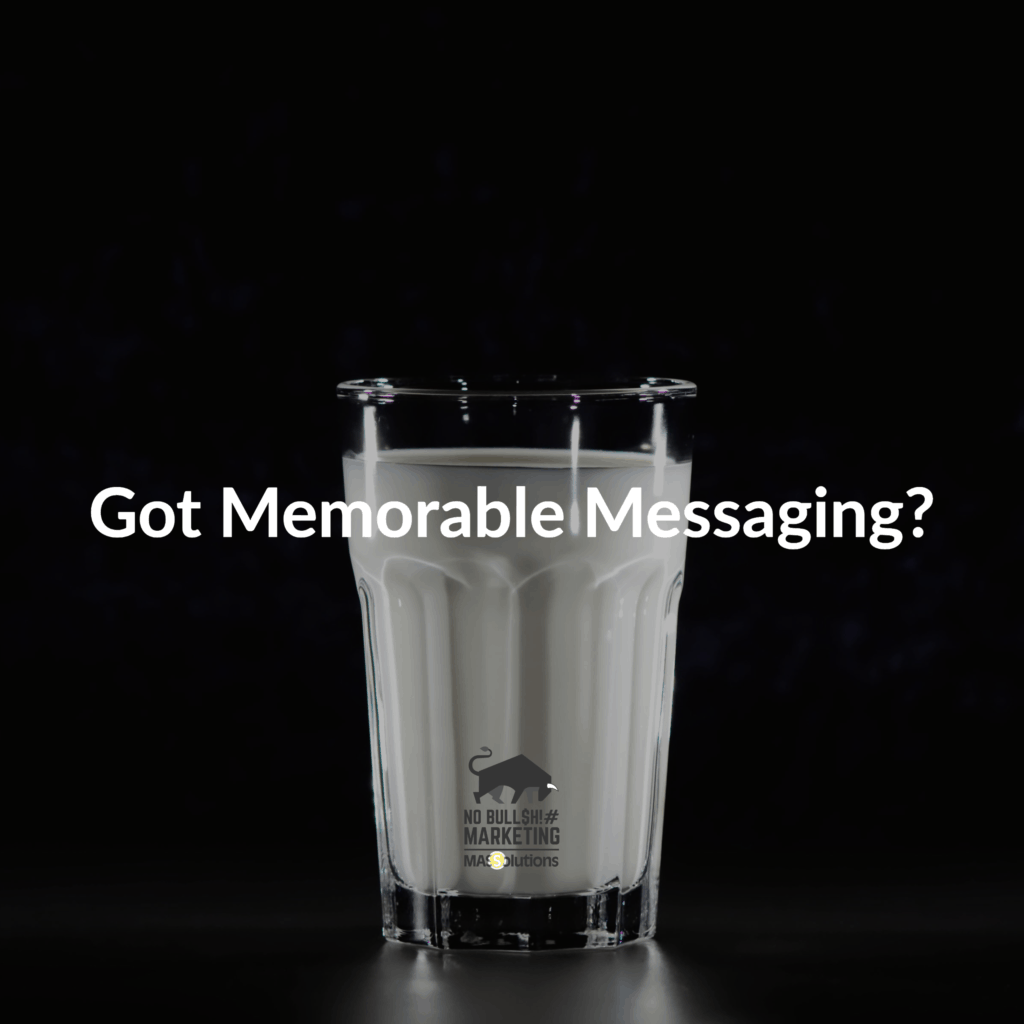 One of my favorite examples is “Got milk?”

Two words and a question mark.

That’s all it took to make this message stick.

And it came to be in 1993 because the California Milk Processor Board wanted to increase brand awareness and sales.

They came up with a campaign and kicked things off with a television commercial.

Yes, this was during the time when people actually paid attention to commercials and their heads weren’t buried in a phone when their show wasn’t on!

If you don’t remember this commercial, it showed a hapless historian making a peanut butter sandwich in what appears to be an office or a personal library with floor-to-ceiling bookshelves and classical music blaring in the background.

After he’s done making the sandwich, he takes a big bite as the radio station asks the question, “Who shot Alexander Hamilton?”

The person that called in first and answered correctly would win $10,000.

His call goes through and he tries to answer the question, “Aaron Burr,” with a mouth full and the disc jockey can’t understand what he’s saying.

They keep going back-and-forth. Out of desperation, he grabs a carton of milk from his refrigerator.

And, for the third and final time, he tries saying “Aaron Burr ” to no avail.

You hear the phone click and the commercial ends simply with, “Got milk?”

All it took was two words and a question mark to get into people’s minds.

The driving force of this success goes back to the point I made at the beginning of this blog post and that is clarity and brevity make stories memorable.

This campaign perfectly paired creativity with simplicity to create something that people are still talking about 27 years after it first aired.

If you’re struggling to create messaging that sticks with your target audience, contact us today and my team can help you leverage the power of clarity and brevity to make your messaging unforgettable.