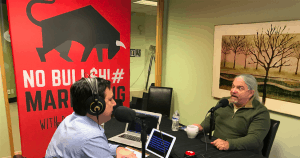 Cut the BS – Fake News: Most people wonder about ‘Truth in Advertising’ and there’s even a spoof on YouTube about the lack thereof.  But, what about Truth in the reporting of news?

From August to November 2016, fake stories earned more shares, reactions, and comments on Facebook than real news stories. A Pew Research Center poll found that 64% of Americans believe fake news is causing “a great deal of confusion” about the basic facts of current events. As Pew explained, “[fake news] makes it harder for any of us to have a shared view of the facts.” This concern transcends political parties—roughly six-in-ten Republicans and Democrats agree that fake news causes a “great deal of confusion.”

Yet Americans say they’re not fooled by fake news. Thirty-nine percent are “very confident” they can recognize news that is fabricated. An additional 45% feel “somewhat confident.”

But an Ipsos poll for Buzzfeed News found that 75% of Americans who recognized a fake news story from the election still viewed the story as accurate. Respondents were shown six headlines—three false and three true. If they recalled seeing the story before, they were asked if the headline was accurate. Respondents believed the fake headlines were “somewhat” or “very” accurate 75% of the time. One made-up story (“Donald Trump Sent His Own Plane to Transport 200 Stranded Marines”) was viewed as accurate by 84% of respondents.

What do we think needs done to fix this?

Seventy-one percent of Americans believe that sites like Facebook should take steps to stop fake news. Facebook obviously has an incredible impact on what we talk about with 1.8 billion monthly users. Nearly half of American adults obtain news from Facebook.

Facebook recently announced they will partner with third-party fact checkers to flag fake articles and alert users before they share fake news. A red warning sign reading, “Disputed by 3rd Party Fact-Checkers” will display below fake stories. If a user tries to share the story, a similar warning pops up with a link to the fact checker’s article. Facebook will also “rank ‘disputed’ stories lower in news feed and will not allow ‘disputed’ stories to be turned into ads and promoted.” Meanwhile, Google has said it would prevent websites selling fake news from using its advertising network. These steps will surely help readers identify fake news and slow its spread.

That’s a good step to help us out. But we need to do some work to. Let’s take a little time to look beyond Facebook, Twitter, and other social media sites to gather content. Let’s go just a little bit deeper than headlines and soundbites so we can gain more of an understanding of the real story. Yes, we all have biases so every outlet will too. But it doesn’t hurt to gather multiple points of view. And despite the backlash against the “mainstream media” which by the way is a bullshit term that I’ll address in another rant because there are mainstream outlets on both sides of the political aisle…but I digress…despite the criticism of “mainstream media,” those outlets still adhere to fact checking and other long-standing journalistic practices.

We all need to play our part in reducing the impact of fake news. Take the time to weed out the nonsense and cut the bullshit.

On today’s episode I sit down with Don Marinelli, currently the Director of Innovation at 535media/Inven Global, and a man who has taken his study of drama down an unconventional career path into computer science and technology. Don has a storied career history both in drama and computer sciences, a combination not normally seen. Growing up, Don always knew he wanted to be an actor. After graduating from the University of Tampa with a dual degree in Speech & Drama and Psychology, Don furthered his career by pursuing a Masters in Clinical Psychology and continuing on to get a PHD in Theatre from the University of Pittsburgh.

Don teaches a great lesson in paying attention to how technology is changing our world, and embracing it to catapult his career to the next level. Where others scoffed at the idea, Don saw purpose and possibility in the way video games have taken over the entertainment industry and took a bold leap away from the drama department at Carnegie Mellon over to the school of Computer Sciences.

Don discusses with me what it was like to make such a drastic left turn over to the School of Computer Sciences, one where he certainly initially felt like an outsider. Don became an innovator in his field, forging the first steps towards a new partnership between two seemingly opposite schools. He also describes working together with the late Randy Pausch (of “The Last Lecture” fame) to found the Entertainment Technology Center. In the 31 years Don worked at Carnegie Mellon, he truly made an impact on the university and spearheaded the intersection of drama and technology in a brand new way. Tune in to Part 1 of our show with Don Marinelli as we explore how Don turns a surprising career plot twist into a story of success, growth, and innovation.

Don Marinelli is Director of Innovation for 535media/Inven Global. Don is also the Academic Director of the Entertainment Technology Management M.S. Degree Program of Columbia University School of Professional Studies. For you Pittsburgh Pirates fans, he’s also the guy you see dressed up in an impressive Pirate costume during games.

[19:31] Decision to move to School of Computer Sciences

[21:50] Relationship with Randy and “The Last Lecture”

Center for Science and Imagination

YouTube: A Conversation with Don Marinelli of the Entertainment Technology Center

Over 180,000 titles to choose from for your iPhone, Android, Kindle or mp3 player.