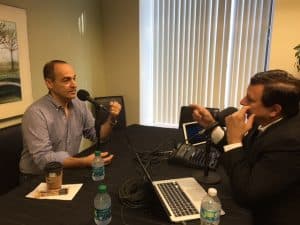 Creepy Clows, Sticky Messages. What’s up with those creepy clowns? In the past few months, creepy clown sightings have been made in at least 10 different states. As strange as it sounds, this actually happened before— in Boston during the 1980’s. That led Loren Coleman, a cryptozoologist who studies folklore around mythical creatures like the Loch Ness Monster and Bigfoot, to come up with what he called “The Phantom Clown Theory” about how mass hysteria leads to a bunch of clown sightings.

This reminded me of how Halloween traditions changed in the 1960’s and ’70’s when rumors circulated about strangers putting razor blades in apples and candy. Halloween events were held at schools and parents warned children not to eat snacks that weren’t pre-packaged.

In 1985, researchers studied every reported Halloween incident since 1958 and found no instances where strangers caused children harm by tampering with their candy.

How did the candy tampering story spread across the country despite a lack of evidence? Why was it remembered and believed by millions? The story had what Chip and Dan Heath call stickiness or a Sticky Messages. In their book Made To Stick: Why Some Ideas Survive and Others Die, the authors detail the formula for sticky messages:

The principles make sense and we have all probably heard similar suggestions before. Yet communication problems impact organizations, teams and families on a regular basis.

Why? Because we rarely apply the Six Principles of Stickiness. Cut the BS or in this case stop clowning around and start making your messages stick.

Guest: Lou Castelli is Director of External Affairs for Pittsburgh Public Theater, contemporary theater in the heart of downtown Pittsburgh’s Cultural District. Lou has the opportunity to tell a great story about Pittsburgh Public Theater including their unique three-quarter thrust stage — the audience surrounds the actors on three sides — offering intimate, engaging, professional theater. And how every season has a series of diverse theatrical productions that encompass classics of the American theater, masterworks from the international repertoire, world premieres, contemporary plays and musicals of exceptional merit.

Mentors: Composer and Conductor Marvin Hamlisch taught Lou how to be more proactive and aggressive with the message by blending a high standard and a commercial mindset or “Broadway Style” Marketing. Also Ted Pappas from Pittsburgh Public Theater. Art is passionate about convincing people to experience art. Ted led by example in an upstanding way, always taking the high road.

Biggest Learning Experience: You have to listen to Lou’s story about The Preview Party at the Public when he learned both a tactical lesson and a big picture one.