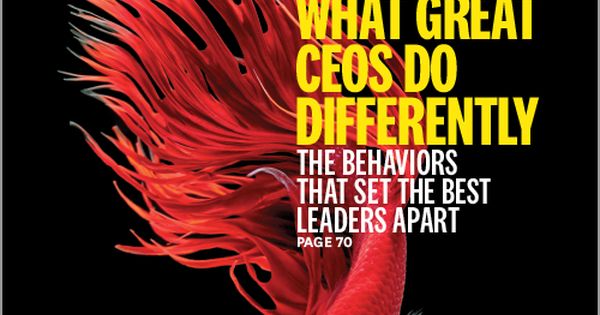 Find me a CEO who says that he or she is happy with “good enough” and I’ll call BS. That’s right! By our very titles, we’ve proven that we’re driven to excel. To us, good enough doesn’t exist. If it did, we wouldn’t – make that couldn’t – call ourselves leaders. Because leaders push themselves and their teams to new frontiers. It’s our job. We’re driven to succeed.

I’m fervent about this topic, and so I was naturally drawn to a recent article in the Harvard Business Review (HBR), which is often viewed as the last word on business.  Titled What Sets Successful CEOs Apart, the article delves into four behaviors of outstanding CEOs: 1) Deciding with speed and conviction; 2) Engaging for impact; 3) Adapting proactively and 4) Delivering reliably. I decided to put the HBR’s argument to the test with some of Pittsburgh’s most talented and forward-thinking CEOs – those who convened at a recent Vistage Executive Summit.

I gathered such an abundance of CEO insight that I’ve devoted a 4-part blog series to what I heard. And so, without further ado, I give you the takeaways of my Successful CEO Q&A, beginning with Behavior 1: Deciding with Speed and Conviction. Insights are shared by Chuck Gounaris, Dave Watson, and Loriann Putzier.

Whereas people who are wired to be a little more risk-averse as a leader, tend to be very slow and they hold off and so, they’re lucky if they get a single, and occasionally they might get a double. I definitely see the fact that if they took risk, more calculated risks, that they would move further ahead, more rapidly. My view would be: know yourself, become very self-aware, understand your personality preferences, and figure out “How do I work with other people around me? How do I know which part of my organization, which partners, help me decide whether to make a move or not?” Because I agree with the fact you don’t want to be caught up in paralysis of analysis.

Q: Dave, I was telling you how I wanted to ask you about this recent Harvard Business Review article. It mentions the Four Behaviors of Successful CEO’s, one of them is deciding the speed and conviction and one point was that high-performance CEOs understand that a wrong decision is often better than no decision at all. It sounds controversial. What are your thoughts?

A: Typically, you run into so many new decision-making points in a day, or a week, and I always have the sign on my desk that says: “Lord grant me the wisdom to know when to shut up.” There are so many things that arise, you cannot possibly figure them all out at any moment that they come up. But, given the fact that you sit in a place where you know the company, and you know where you’re heading, once in a while one strikes you and that has to be that instinctual, gut level that you know you’re working on all your gears and without the information you know when to pursue. The rest of them, you just have to know when to politely say, no thank you. More no thank-you in my world works better than yes.

A: I agree with the statement wholeheartedly, and I would say it’s a sometimes kind of thing. But the reality is, if you’re expecting to be competitive, and you want an engaged workforce, they have to be able to see you taking a risk, making a mistake, assessing the mistake, talking about the mistake, and that – although there may be ramifications – you’re willing to tighten your bootstraps and just move forward. Otherwise, what you’re going to have are just a bunch of followers, no real innovation unless it comes from you, and no organization is going to survive that way.

Obviously, you don’t want to make a big mistake, you have to assess when you’re willing to look at the science, related to a situation, and what your gut is telling you, and you really have to balance those two things. But I would say there are those times that you just have to take the plunge, and sometimes it’s a mistake, and you learn from it, and educate from it, and you move on.

There you have it, folks. Tune in next week when I share more feedback from Vistage CEOs to what they think it means to engage for impact.