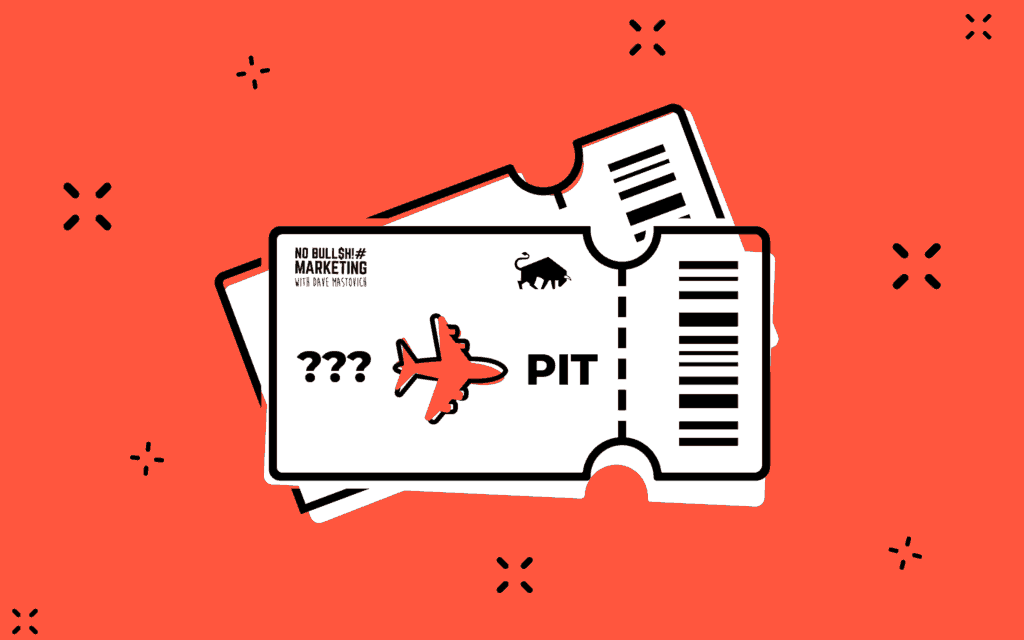 If you’re from Pittsburgh, I’m sure you can remember a time when the Pittsburgh International Airport was a major hub for travelers.

Every single day, the terminals were teeming with people from all over and the hustle and bustle created an electric environment.

But our once buzzing airport, which saw 110 nonstop flights leave our terminals, morphed into a shell of what it was when big-name airlines like US Airways went wheels up and out of the airport reducing that number to a mere 37 a day.

In the midst of this decline, the search for a new leader was underway. To many, this sounds like a situation that most people would avoid like the plague – A job to manage a faltering airport with no resolution in sight.

But for Christina Cassotis, the struggle of the Steel City’s airport was alluring and in 2015, she took a job that not many people wanted when she became the CEO of the Allegheny County Airport Authority (AKA, she’s the boss at the Pittsburgh International Airport).

With an uphill battle ahead of her, Cassotis went right to work and her approach to reinvigorating a dismal airport caught our eye…and for good reason.

At MASSolutions, we pride ourselves on being no BS marketers. This means that we take the time to understand our customers’ WHY to help them pinpoint their Big Idea and create effective messaging around it.

Cassotis seemingly mirrored that mindset right out of the gate as she worked to reposition Pittsburgh as a whole as a viable destination for various airlines.

It’s no revelation, but marketing is all about substance and selling a story.

As Cassotis began pitching Pittsburgh International Airport to airlines, she realized that they were still under the preconceived notion that the city was nothing more than a “dirty old steel mill.”

That narrative was holding them back from giving Pittsburgh a chance. With this in mind, she reframed her pitch to tell the story of the revitalization of Pittsburgh.

Yes, at one point it was known for its steel mills, but it’s since evolved into a progressive city.

She capitalized on the universities, restaurants, culture, etc. and through storytelling, she was able to educate her prospective clients during her pitches to help them see the big picture as to why Pittsburgh would be a good fit for their airline.

The Importance of WHY

In this quote, she showcases just how important identifying the overarching WHY of your efforts can be.

At MASSolutions, we always answer what we call the Two Why Questions:

These two answers lead to the creation of the Big Idea which drives storytelling.

This subtle yet poignant adjustment to her WHY made it consumer-centric and at the end of the day, all of our marketing efforts no matter how big or small should be rooted in serving the consumer with value on a consistent basis.

Last, but certainly not least, Cassotis provides a strong example for those in leadership positions to emulate.

When she signed on as CEO, she knew that the road ahead of her was filled with uncertainty.

But rather than allowing that to slow her down and tread lightly, she approached her role head on and her eyes locked on her vision.

As a leader, through the good and the bad, you have to be able to remain steadfast in believing in your vision and keeping everyone on the same page trending towards the same, shared goal.

With a $1.1 billion renovation plan in the works and more and more restaurants and vendors being added to the various terminals, the shift to once again make the Pittsburgh Airport a power player in the industry is palpable.

And it’s all thanks to Christina Cassotis’ ability to rewrite the narrative around the city and the airport and lead and empower her team to believe in her vision.