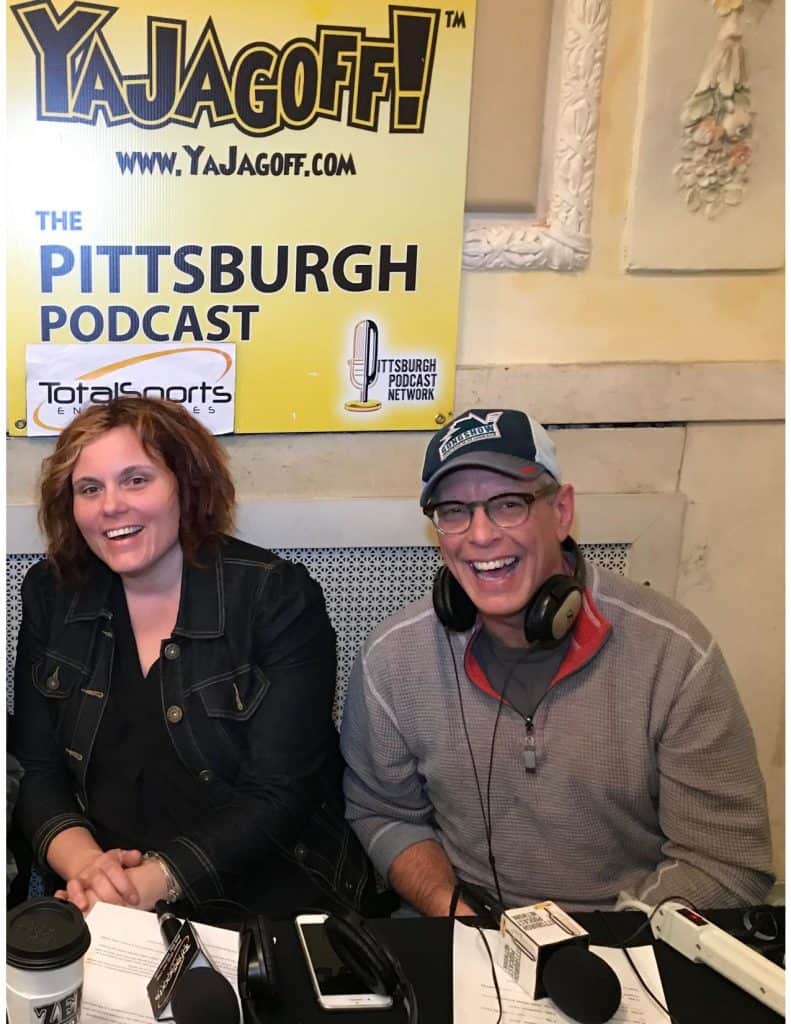 How do you learn and grow? By getting your hands dirty and making mistakes.

That’s how John Chamberlin established the persona for the YaJagoff brand. When he teased a blog post on Sandusky, a number of readers reacted with frustration. They let him know that they followed YaJagoff to get away from the heavy news and laugh at bad parking and funny headlines. John was smart enough to listen to his audience and shift gears. He wrote a new blog post and reached out personally to each follower who had expressed concern.

John sites this incident as a milestone in the persona of the brand, and since Rachael Rennebeck joined YaJagoff Media last year, the pair has continued to leverage levity and avoid the obvious questions. They have created unforgettable marketing campaigns for nonprofits, including a Willy Wonka parody starring Tyler Kennedy for Junior Achievement and JuJu Smith-Schuster’s JuJu Claus for the Homeless Children’s Education Fund. They also co-host the YaJagoff podcast to promote the cool things going on in Pittsburgh. Above all, Rachael and John know how to have fun—and not be Jagoffs!

In part two, John and Rachael talk monetization, explaining how long it took the brand to start earning money through sponsorships. They each share their take on the ‘big idea’ of YaJagoff, discussing how the platform is setting traditional media on its side. Listen in for insight on improving communication with tools like OneDrive and learn how John and Rachael ‘launch and learn’ as they go.

[05:08] How John developed the YaJagoff persona

[13:34] The YaJagoff timeline to monetization

How YaJagoff leverages video for clients